After graduation she pursued a career in musical theater in NYC and gained experience with directing A Chorus Line and The Wiz, under the leadership of Alberto Guzman, who had worked under the direction of Jerome Robbins on the European tour of West Side Story. To help pay for her rent, she worked as a librarian clerk in the scientific library of the American Museum of Natural History. With the help of Assistant Director of the Scientific Library, Roscoe Thompson, an active 1960s civil rights activist and accomplished world traveler, Jennifer planned a two week excursion to India, which resulted in a four day life-threatening disaster, and a mind blow so intense, it landed her in a mental institution only two days after she returned back to New York on an emergency flight home from New Delhi. Her association with the psychiatric institution had officially begun. Jennifer spent the early part of her career in the field of education for a dedicated 14 years taking any teaching job she could find to gain diverse experience. In 2001, while finishing her Masters in Teaching at Iona College in New Rochelle, NY, she worked in Middle School 135 in the Bronx teaching underprivileged black and Hispanic youth. In the beginning of that semester the NY Post wrote an article that exposed the building for having over 100 students spend their school days sitting on hard floors and tables because of an inexcusable shortage of chairs at the school. Jennifer’s students sat on the window sills until November.

Just before the official cementing of the national Core Curriculum program, Jennifer noticed the limitations of what New York State was mandating its high school English departments to teach, namely only American and British authors, which did not connect with much of her student population. In her vision of increasing student engagement by bringing forth a more diverse and enriching literary experience for the ever-growing multinational community, she built an alternative curriculum unit of world literature for the secondary English teacher for her MST thesis presented in 2001. She focused on Nobel Prize winner Gabriel Garcia Marquez’s work, inspired by his deft use of magical realism, a style which makes reality seem larger than life, where answers come to the characters in dreams, premonitions and intuitions. Jennifer later integrated this imaginative, whimsical style into the fabric of her memoir writing.

In her position as a teacher in the classroom, she witnessed a myriad of different social behaviors and learning styles noticing some of the most talented and brightest children were getting labeled with ADD because of their fidgetiness and difficulty with focusing on the overriding learning style that favors more logical cognitive abilities in students who excel in math and science. When Jennifer got an opportunity to teach home-bound students because they couldn’t fit into the learning in the classroom, she further witnessed this reality. Many of the kids labeled with bipolar disorder were brilliant, but could not adjust to the highly structured intensity of an average fast-paced workday. Jennifer realized that beyond all other attributes, those who have trouble conforming to our deteriorating American education system are labeled and cast aside, proving that psychiatric labeling was less about diagnosing mental disorders and more about marking personality types.

To learn about instructing students through a framework designed for the artistic learner, Jennifer took teaching artist training in dramatics in the Literature to Life Program at American Place Theater and at CUNY Graduate Center, both in NYC. In 2003, Jennifer began contributing her playwriting and directing talents to Blueberry Pond Theatre Ensemble in Ossining, NY, a vital force at the time for developing original plays in Westchester County theater. She worked as assistant coordinator for Blueberry Pond’s Young People’s Program, and coordinated and directed its 2007 Annual Playwright’s Competition. Throughout the years she was involved in developing and staging youth theater, most notably the productions Dancing at Lughnasa in 2005 and Me and My Girl in 2006 at Sleepy Hollow High School in Tarrytown, NY. Most recently she has directed for the Aery Playwriting Competition in 2016 and 2018, Axial Theater in 2016 and 2017, and Westchester Collaborative Theater in 2018. Jennifer won top video finalist of the 2010 “Speak and Be Heard: Living with Depression” campaign by the Depression and Bipolar Support Alliance (DBSA), a project designed to inspire hope in individuals living with depressive symptoms of bipolar disorder and major depressive disorder. Pulitzer Prize winner and bestselling author of Manic, Marya Hornbacher, was one of the panel judges. The video was used nationally for educational programs in the mental health field and can be viewed on her YouTube channel.

In 2011, Jennifer called out to rally fellow bipolar personality types by establishing a Meetup group called Creative Bipolars United, which was chosen as one of the “10 New York Meetups that Sound Amazing” by The New York Observer. It invited labeled artists, musicians, writers, and thespians to gather for support and inspiration for creative projects. In her mission statement she states, “We are gifted and blessed to have such a range of feeling, as this deeper understanding helps us see the intensity of human emotions in its fullest spectrum.”

Dissatisfied by modern psychiatry’s biological interpretation of mental illness, she set out in quest for alternative perspectives on psychosis, mostly by way of the shaman, which were honored in many indigenous traditions worldwide. These cultures, rather than seeing themes in psychosis as pathological and unreal, believed them to hold psychic energy containing meaningful symbols both personal and universal that could aid in personal transformation. The shaman of the tribe, who could enter these trancelike states at will, operated in the wakeful dream state much like that of psychosis. The shaman was not seen as crazy by the tribe, but as healer, who was able to maneuver between the material world and the ethereal one to gain access to information for the benefit of the tribe.

Jennifer connected with this more spiritual and humane philosophy about the mental realm and began workshopping her dreams with shaman, psychotherapist, and dream expert, Warren Falcon, at SunRaven: The Home of Slow Medicine, in Bedford, NY. She studied shamanic techniques at the healing arts learning center, Wainwright House, in Rye, NY, with Evan T. Pritchard, author of Bird Medicine: The Sacred Power of Bird Shamanism and master storyteller at PowWows along the East coast. At the holistic studies Omega Institute in Rhinebeck, NY, she took a shamanic intensive with social activist John Perkins, author of Confessions of an Economic Hitman, called, “Evolutionary Shamanism – Self and Global Transformation Thorough Indigenous Wisdom,” where shamanic journeying, sacred ritual ceremonies, and the experiential processes of accessing animal totems were explored. 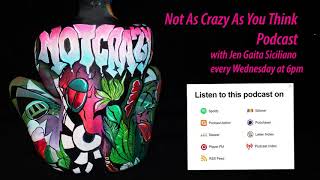